On August 4, 1804 a copy of an article on what was the situation on the Spanish part of the island of Santo Domingo months before Dessalines invades was published in The National Intelligencer: Washington Advertiser. The update on the situation in Santo Domingo was only months before Jean Jacques Dessalines committed one of the most atrocious Haitian invasion of Dominican territory. The news was given by Captain Clark of the Louisa boat upon arrival at Philadelphia. The original article was published in The Lazaretta of Philadelphia.

Observations of the Article 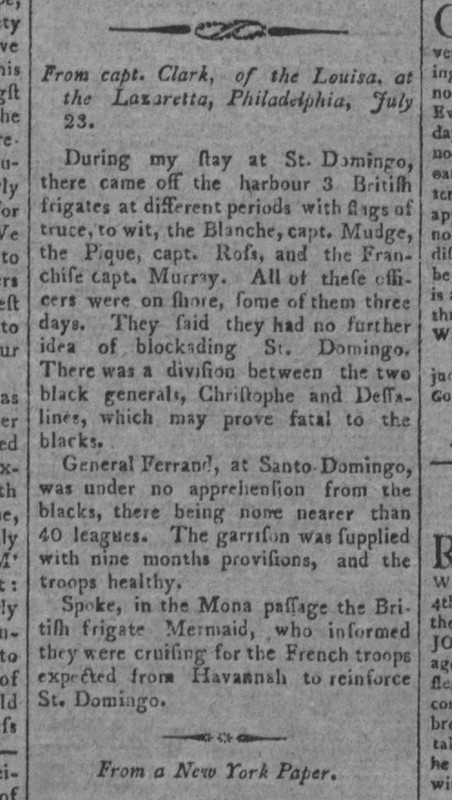