On March 4, 1801 The National Intelligencer and Washington Advertiser newspaper of Washington DC, published a small article regarding Toussaint Louverture’s invasion of Santo Domingo. This is the first Haitian invasion of Dominican territory of many that were made in the XIX century.

Observations in the Article 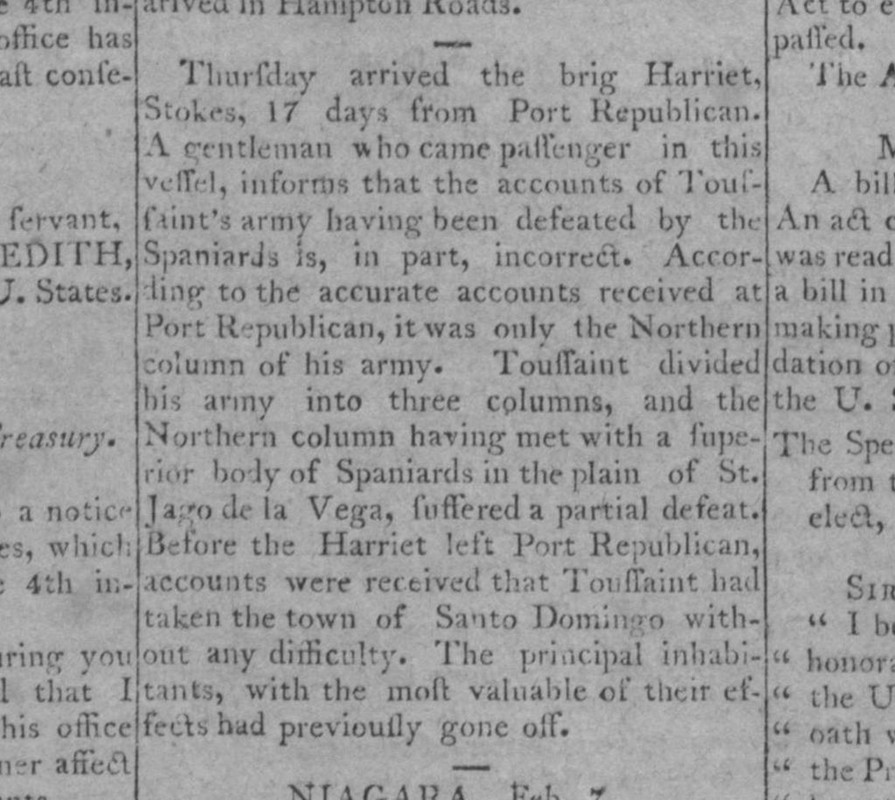 Thursday arrived the brig Harriet, Stokes, 17 days from Port Republican. A gentleman who came as a passenger in this vessel, informs that the accounts of Toussaint’s army having been defeated by the Sapniards is, in part, incorrect. According to the accurate accounts received at Port Republican, it was only the northern column of his army. Toussaint divided his army into three columns, and the northern column having met with a superior body of Spaniards in the plain of Santiago de La Vega, suffered a partial defeat. Before the Harriet left Port Republican, accounts were received that Toussaint had taken the town of Santo Domingo without any difficulty. The principal inhabitants, with the most valuable of their effects, had previously gone off.